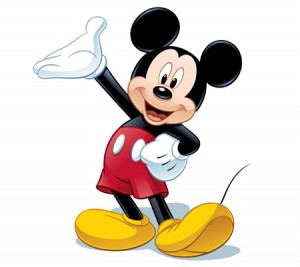 Martin Sklar worked at Walt Disney Imagineering, which was the company that designed, tested and rolled out all the innovations at the various Disney theme parks around the world.

Marty had a media background and was attending UCLA and was running the university newspaper. In July 1955, the student editor was recruited to create an 1890-themed tabloid newspaper, The Disneyland News, which sold on Main Street during the park’s debut year. After completing his education, Marty returned to Disneyland publicity and marketing.

He was the person who actually wrote most of Walt’s personal material for publication. He was also a great ideas person and was the brains behind many of the things you see when you go to a Disney park today. For example, he designed “It’s a Small World.”

If you ever get a chance to read his autobiography, titled Dream It! Do It!: My Half-Century Creating Disney’s Magic Kingdoms, I encourage you to do so, because it is a great read and there are some valuable tips on marketing and branding that could help any business.

Marty ended his career as the Vice Chairman and Principal Creative Executive, Walt Disney Imagineering. He once said, “Working with Walt Disney was the greatest ‘training by fire’ anyone could ever experience. Our training was by Walt, who was always there pitching in with new ideas and improving everyone else’s input. The fire was that we were constantly breaking new ground to create deadline projects never attempted before in this business. That, I’m proud to say, has never stopped in my years at Disney.”

Perhaps the best thing Marty ever did was develop what he called Mickey’s 10 Commandments and it hung on office doors and walls of every Imagineer’s office. Over time they grew in size to number 40 commandments as they were added to by other Imagineers. Here, then, are Marty’s 10 commandments. I think his commandments apply to our business more today than ever before.

If you would like to see the other 30 suggestions that were developed by other people at Disney send me an email, and I’ll be happy to share them with you.