Has the Mentoring Movement Helped Women? 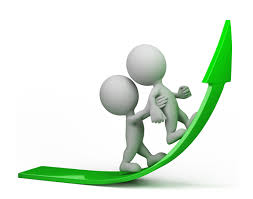 I have a confession.  I don’t like the way “mentoring” has been bandied about in the last few years.  If you’re a professional woman, just try telling anyone that you’re not keen on the overall “mentoring” thing and they will look at you like you hate kittens.

People can teach, coach, manage, consult or advise, but I say mentoring is different from all of those.

The dictionary defines a mentor as “someone who teaches or gives help and advice to a less experienced and often younger person”.  Nothing wrong with that.  I used to be one of those less experienced, younger people, and mentors helped shape the professional I became.

Part of my hang up with “mentor” is that you can’t just be one.  It shouldn’t be on a business card.  No one is a mentor unless the mentee says so. I contend that being called a mentor is subject to the same rules as nicknames.  Nobody gets to choose their own nickname – it’s picked for you by others.  You’re not a mentor until someone else calls you one.

I can clearly see through the rear view mirror the mentors in my career. The very first one, Sandy Davis, helped guide me, counsel me, teach me and gave me the infamous “attitude adjustments” whenever I unfortunately required them. I looked up to him, he was the smartest radio person I knew, and he had lots of time (and work) for me.  However, back then he would never have called himself a “mentor”, and conversely, I would not have thought of myself as a “mentee”. He was my boss, my friend, and the things that he did for me he did for many others as well. He was a Program Director and helping his staff figure out the who, what and how of radio was part of the job. It was our chemistry that made our relationship different.  I was an eager student, and my teacher appeared.

Since then I have had other colleagues who became mentors.  Almost all of them were bosses and all of them wonderful men. The dynamic developed organically, with shared values and a genuine respect and regard for each other.

Over the past number of years, many professional women’s groups have promoted and assisted the mentoring exchange.  Women are urged to have a mentor, preferably a female one, or at the very least join a women’s group that has mentoring as part of their core values. Women with a few years’ experience under their belt are asked to mentor younger females.  Mentoring has really become a business – a business targeting women.

I wonder if in fact women created mentoring.  It’s our kind of thing, right?  It’s about nurturing and being supportive and at it’s very core it’s maternal and social and about giving back as well as paying it forward.  But I digress.  While mentoring is certainly meaningful and worthwhile, I don’t believe that organized mentoring has moved the needle for women in our industry one little bit.

Women are not showing up enough in our studios, offices and boardrooms because there is a lack of mentoring.  Mentoring is icing, and we’re still trying to source ingredients for the cake.

It should be clear.  Women are not the weaker sex so therefore they need more support, women are the underrepresented sex because of gender bias and inequitable pay.

Time and energy could go into lobbying broadcast companies to create programs that assure women get more “at bats”.  For example, quotas suck but they get the job done.  What might happen if a company had quotas on hiring women, as well as incentives for any manager (male or female) who champion women in their department and tangibly assist in their growth/promotion? What might happen if the pay for women was more than the pay for men?

Before you scream UNFAIR and look up the extension for HR, tell me please what we are supposed to call the current state of affairs – you know – paying women less?

When we disrupt the status quo in a way that attracts more women into our industry, when we are truthful about the shameful double standards that exist and then change them, when we challenge “I just want to hire the best person” then maybe all of us can have both the cake along with the delicious icing, and eat it too.

Has mentoring made a difference to you?  Have you had opportunities that would not have occurred without a mentor?  Although I’m critical of the results, I love mentoring and want to write about some of the success stories!

Sharon Taylor is a radio consultant at ByrnesMedia. She’s been bringing home the bacon and cookin it up in a pan for more years than she’s willing to count.  sharon@byrnesmedia.com