Here’s some good news for broadcasters, at least in the USA. Last year, according to the NAB site Pilot, nearly 50% of all smart phones sold had the FM chip installed.

In the third quarter of 2016, PILOT’s analysis shows that the number of top-selling smartphones sold with FM reception capability enabled by at least one carrier has for the first time matched those sold without FM capability. 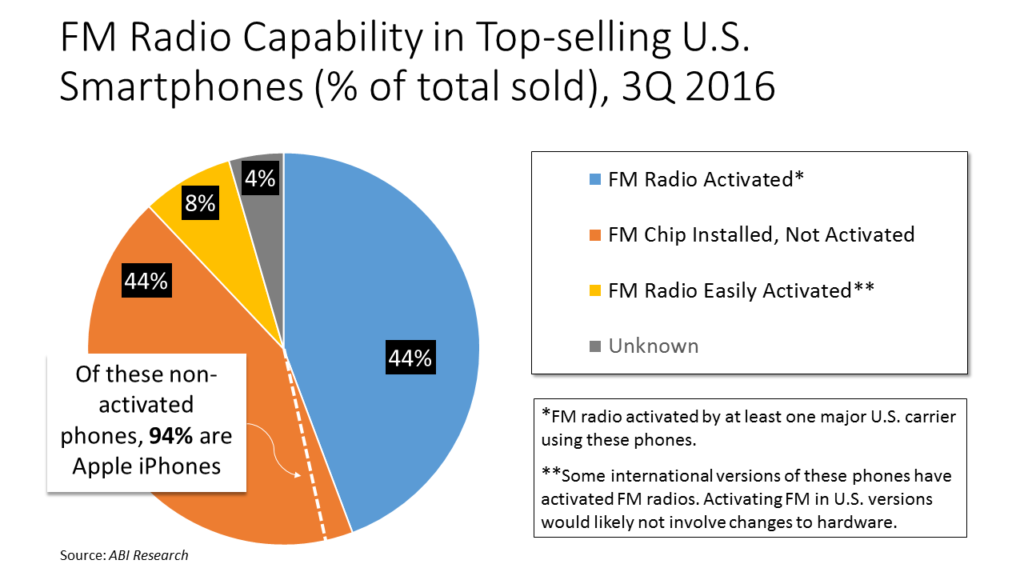 It is important to keep in mind that virtually all smartphones (including iPhones) include the necessary hardware to receive FM, and so smartphones that do not include the activation of FM reception are purposely designed as such, in that they disable an inherently available capability due to a choice made by the devices’ manufacturer, platform manager or wireless carrier.

Users of smartphones equipped with FM reception capability can enjoy the benefits of “hybrid radio,” via smartphone apps like NextRadio, which provide audio content via FM radio, without the impact that streaming audio has on a smartphone’s data plan or its battery life. (Online audio streaming requires up to 6 times the battery power of FM radio reception.) Hybrid radio also provides visual enhancements to the audio via the smartphone’s data connection, allowing the user to enjoy a richer experience.

The steady growth of FM reception capability in smartphones that PILOT has observed is shown in the year-to-year comparison below. 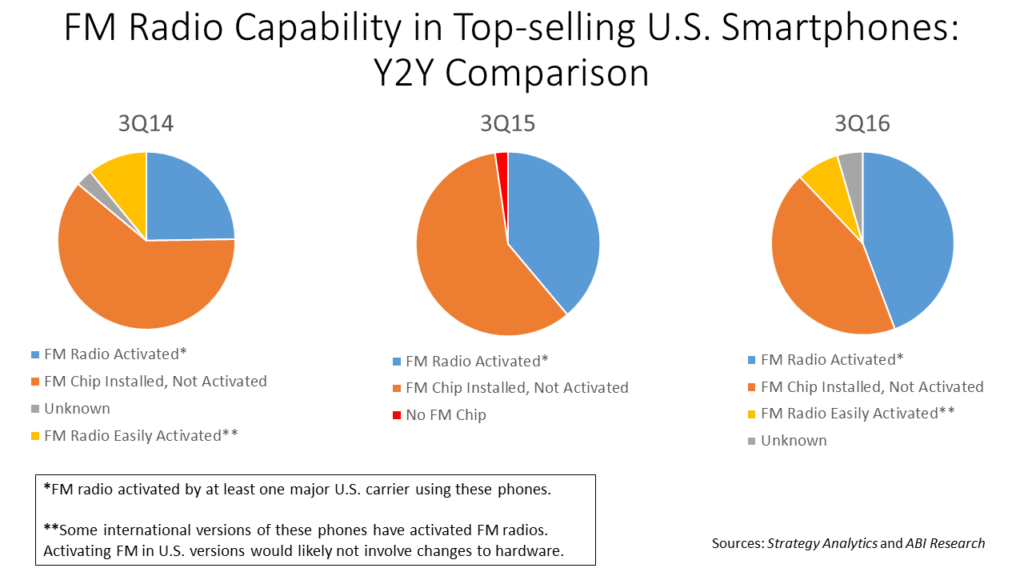