Over the years I’ve been asked about an article I did in ‘07 about effective ways to communicate with the listener. I had another request for it only a few days ago. I certainly don’t mind emailing it to those who ask, but at the same time I suppose I can just run it again as I don’t believe it sounds overly dated. Hopefully you won’t either. Your feedback, as always, is encouraged and appreciated. 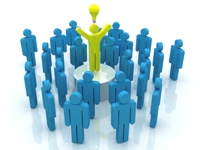 Early in my career, while still an announcer, I had someone explain to me the evolution of a successful performer. We all start out as “announcers” (talking at the listener) and over time our talent and drive may or may not allow us to attain the ultimate goal of “communicator” (talking with the listener).

What does an effective “communicator” have that the others don’t?  He has the ability to engage the listener at the subconscious level.

For a number of years I have espoused this theory almost religiously and anyone who has ever had me do an aircheck of their show will attest to it. Until just the other day, however, I had never heard anyone use the same term – subconscious. I was very happy to read an article on All Access by Tommy Kramer entitled, “Content & Subconscious Tuneout”. In it he voiced many of the same things I have always felt to be true. Coincidentally, I had planned to write about this topic myself, so his thoughts were, for me, quite timely and relevant.

Appealing to a listener positively on a subconscious level is a twofold issue. Your mindset and style is half the battle and your content is the other.

Mindset and style should always be considered in that order as it is your mindset (how you feel at a given time) that will directly affect your style (how you execute).

Going on the air when you’re not feeling your best will eventually communicate itself subconsciously to the listener. You can try and fake it and attempt to put on a “happy face”, but ultimately the listener will “hear through it” and react negatively. They won’t consciously think they’re not enjoying your show – they just won’t. Usually, when asked why someone does or does not like a particular on-air performer, a listener will find it difficult to verbalize. They just know they either do or don’t – they’ve reacted subconsciously.

An occasional off day is normal and very human. These can actually be used to your advantage as it mirrors the life of the listener. You do not want to go to that well too often, though. Over time the listener will develop a negative feeling to your entire on-air presence and once that is formulated it won’t easily be changed… if ever.

An effective communicator also understands that what is not said is as important as what is.

Pacing, use of pauses, and inflective command all work in concert to “fill in the words” for the listener. In short, a communicator does not have to talk at length to be effective. In fact, the opposite is more likely to be true.

Now, it is true that performers can be successful without having an overly sunny and upbeat delivery. They can also be successful while being long-winded. These communicators are able to overcome what would normally be problems and some even go so far as to incorporate them willingly (Howard Stern) because they have complete mastery of the second half of the equation – relevant content.

If someone ever tries to pay you a compliment by saying “you could move this station to (insert major market name here) and it would do great”, accept their words graciously and then walk away knowing you have work to do.

A real compliment would be “there’s no way I could hear this station anywhere else.”

Name and location drops are one way we have instructed announcers to start adding local relevancy to their content, but these soon become the easy way out and are simply not good enough. What is needed beyond local people and places are local issues.

I have come to the conclusion that we have done a less than satisfactory job of teaching on-air performers what it is to be relevant or compelling. Look closely at a jock’s eyes when you say the word “compelling” in an aircheck. You can see them glaze over. It’s not that he/she doesn’t want to be compelling, it’s because they don’t fully grasp the term. The word “compelling” is quite ambiguous and to be instilled must first be explained in detail and with examples. It’s not enough to say “that was a compelling bit.” You need to say “that garbage strike bit was compelling because it affects everyone and is on all of our minds right now… it’s relevant. The fact you dovetailed that into a produced bit about “scratch and sniff radio” will really give people something to talk about around the water cooler today – great job.”

That bit would have been perishable content which, if targeted, is by its very nature relevant and compelling.

Perishable content must be used on that particular day or it loses its effectiveness. In some instances it can still be referred back to in following days, but by then it has become less compelling. Perishable content can be gleaned from newspapers, but the most effective way is through the jock’s own eyes and ears. The best way to find out what’s on people’s minds is to get out and talk to them. Also, “note the obvious” in your daily travels. By opening your eyes you see and experience road conditions; billboards; new buildings/businesses/restaurants, etc.  To assist in this, develop a “feeder network” of listeners, friends, etc. to ensure you cover those parts of your listening area that are out of your normal range. This is a very simple thing to develop. Ask people for help, use their (applicable) stuff, and then most importantly tell them specifically what you used and when. Before long you will have a steady pipeline of prep coming your way. It all sounds simple, but is rarely practiced. The really successful performers know this instinctively and use it daily. Jocks need to look for the “here and now” and use what is targeted in their show.

Non-perishable content can be used at any time and in any place. Unfortunately this type of bit is what is normally heard on the air. This is the downside of the Internet and Prep Sheets as they are taken verbatim instead of being tailored to the market and target. This then becomes another non-relevant, “tune-out” piece of content. Non-perishable bits have their place and can be very compelling if the talent doesn’t rush them to air, but instead comes up with a way to take them to “the next level” whether through producing something or creating an interesting angle to tie it to the market.

Encouraging your people to seek out and utilize perishable content will immediately add relevancy to their show and touch the listener positively on both a conscious and subconscious level.

A communicator “hits the listener where they live” each and every day. A communicator does not need to be told that he or she requires more local content. A communicator is so immersed and focused on their listening area that everything they do has local relevance as a matter of course. This holds true for both their perishable and non-perishable content as they are “plugged in” and know fully what is or is not of interest to their audience. It is that subconscious approach that translates itself on a subconscious level to the listener.

ByrnesMedia spends a great deal of time face to face with on-air performers to attempt to make them less generic and more effective in their market. In doing so, we make the station more effective.

At the end of the day the goal is simple – the listener may not be able to say why he liked you… he just does.  He may not think twice about why he checked off or listened to your station… he just did!