The Fallout From The Prank Phone Call 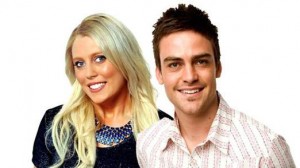 The prank phone call to a London Hospital by two Sydney DJ’s has gotten worldwide attention, sadly for all the wrong reasons.

I have worked with lots of morning shows that made prank calls, I have had to deal with the fallout from calls that upset people, and I have been on the receiving end of prank calls. One of the morning shows I worked with made a prank call to the White-house pretending to the Prime Minister of New Zealand. Somehow they convinced the switchboard operator at the White-house they were who they said they were, and the call was transferred to someone higher up the line. As it turned out, the President was on Air Force One and the call was intercepted before it was transferred any further when the person became suspicious. As the PD of the station I was the one who ultimately took the heat from the station owners, the authorities in New Zealand, and the US Embassy in Wellington. The Americans were rather upset that a radio station could potentially breach their security and they wanted heads to roll. We eventually calmed everyone down, and no one lost their job. But we did make changes to the way that station and those personalities executed their prank calls moving forward.

When I first heard about the call to King Edward VII Hospital, where Prince William’s pregnant wife Catherine was staying, pretending to be the Queen and Prince Charles, I thought well done for pulling off a harmless call when no one else had thought of it and been successful. As I listened to the audio I thought that Mel Greig and Michael Christian were lucky to have gotten away with it given the impersonation of the queen was rather poor and thick Aussie accents were obvious, to my ear at least. The frequent references to “Charles” walking the queen’s corgis, perhaps should have also raised alarm bells with hospital staff.

The nurse who took the call at 5:30am London time on Tuesday 4 December was a 46 year old mother by the name of Jacintha Saldanha. She was on the line for only a few seconds before she transferred the call to another nurse who gave out details of Kate’s condition and even suggested an appropriate time for the Queen to visit the hospital.

I do not know Mel Greig and Michael Christian myself, but I do know people who know them, and they tell me that they are both talented broadcasters and nice people who worked incredibly hard each day to create great radio. My Aussie friends tell me these two DJ’s are devastated by the suicide of this nurse. They have taken themselves off the air and have been forced into hiding fearing for their lives. They are receiving intense counselling and help to try and get them through this ordeal, and have indicated when the time is right they will publicly apologize. This may be the end of their radio careers, and it may also be the end of the prank phone call. This prank call has raised concerns about the ethical standards of Australian media, as Britain’s own media scramble to agree a new system of self-regulation and avoid state intervention following a damning inquiry into reporting practices. In Great Britain, radio stations are now required by the broadcast regulator OFCOM to get written permission to use a prank call on the air. In the case of 2-Day FM the hosts recorded the call and got the permission from management at the station before airing the call. One wonders if heads will roll at Austereo, the parent company who owns radio, television and digital properties across Australia.

The radio station has lost major advertisers including the Coles supermarket group and Telstra, a major phone company. 2DayFM have suspended all advertising until at least Wednesday of this week as a mark of respect to advertisers whose Facebook pages were inundated with thousands of hate messages. Their board held a special meeting over the weekend and the Australian Communications and Media Authority (ACMA) is expected to pick up its investigation. Austereo CEO Rhys Holleran said his team had tried to liaise with London’s King Edward VII Hospital before airing the controversial conversation. “We rang them up to discuss what we had recorded. Absolutely (before it went to air). We attempted to contact them on five occasions… because we wanted to speak to them about it,” he said.

I suspect in time we may lean that there was more going on in the life of the nurse than we know at this point. Perhaps this was the thing that put her over the edge, but what led to this tragedy where she felt her only option was to end her life we do not know at this point.

Some are saying the hospital should have has better systems in place and briefed staff  how who to deal with the media given they had such a high profile patient.

The question I have been pondering is what should radio stations do differently as a result of this tragedy? I have four suggestions:

1)    Don’t make any prank calls at least for a month, and not until we learn the full story as to why this nurse killed herself.

2)    Conduct some research to find out how popular prank phone calls are with your listeners in your market. I was surprised about how many people have said they do not enjoy hearing prank calls on the air, and how many say they change the station when these calls come on the radio.

3)    Review your procedures to see if there are appropriate checks and balances in place. Who approves this type of content and at what point does legal get involved.

4)    As always use your creativity for good and not evil, because your listeners expect more from their local personalities in my experience. By that I mean use your creativity to create compelling and entertaining radio, but not at the expense of other people.

The suicide of this nurse is likely to impact broadcasters around the world,  and may result in changes to rules and regulations. It may cost some people jobs, and forever change what listeners will accept as entertaining radio.

Read about the author here