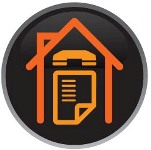 The CRTC has released a report on the much maligned Do Not Call List (DNCL) for the 12 months from 1 April 2010 to 31 March 2011. In that time 1.2 million numbers have been added to the list which brings the total to 9.5 million registered phone or fax numbers since the DNCL was introduced is 2008.
115,113 people filed complaints in the 12 months which is actually a 30% reduction. The CRTC initiated 197 investigations, for a total of 1,065 since the launch of the National DNCL, representing 188,447 complaints. To date, over 90 percent of investigations have been concluded, and during the reporting period 129 investigations were concluded.
The number of National DNCL registrants who report that they now receive fewer telemarketing calls was highest in Quebec (87%), followed by Alberta and British Columbia (81%), Ontario (80%), Manitoba and Saskatchewan (74%) and Atlantic Canada (73%).
Subscriptions and revenues continue to lag behind projections. Bell has spent $20.1 million administering the service and the CRTC have spent $9.6 million since 2008. It is unclear how much revenue has been collected since 2008.
In the 12 month period it cost $6.1 million to run the DNL with 50% of the money recovered through subscription fees charged to telemarketers. The remaining fees come from fines which totalled $2,663,000 so there appears to be a $437,000 shortfall which no doubt is picked up by taxpayers.
You can read the full report here