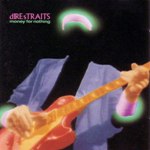 As published by the Canadian Press, Wednesday, August 31, 2011

A broadcast watchdog has tempered a ruling that deemed the Dire Straits hit Money for Nothing unfit for radio, saying that while the homophobic slur in the song is inappropriate, it must be taken in context and that individual radio stations can decide what their listeners want to hear.

On Jan. 12, the Canadian Broadcast Standards Council responded to a listener in St. John’s, N.L., who was offended that the lyrics of the 1985 song include the word “faggot.”

The regional Atlantic panel of the council ruled that the song contravened the human rights clauses of the Canadian Association of Broadcasters’ Code of Ethics and Equitable Portrayal Code.

When a public backlash ensued, the CRTC asked the council to review its decision.

On Wednesday, the council released that review and said the original decision was correct in deeming the song inappropriate. But it added that the context of Money for Nothing must be taken into consideration.

“The (council) wishes to make perfectly clear to those persons who have commended the CBSC for its ‘brave’ position regarding the disapproval of the hateful and painful term that it is not abandoning that position,” the decision states.

“It is only saying that there may be circumstances in which even words designating unacceptably negative portrayal may be acceptable because of their contextual usage.”

The song’s writer, Mark Knopfler, has said that he was writing from the perspective of a “bonehead” whom he observed in a hardware store watching MTV, and reacting with disgust to what he saw.

The majority of the council’s panel thus felt the song used the word satirically and not in a hateful manner.

But in its decision, the council also noted that alternate versions of the song are available and suggested broadcasters choose which to play based on the sensitivity of listeners.

The public outcry did play a role in the revised decision — primarily because it brought the context of the song to the council’s attention, said the organization’s national chair, Ron Cohen.

“This background information was drawn out of the public and provided to us and (we said): ‘Ah-a! Had the Atlantic panel had this information in the first place, it may well have come to a different conclusion.’